Sometime soon I should be updating this build, because *a lot* of stuff has changed within the game since last year, when I last updated the game. Lots of under the hood changes, and even some to the hood itself! Let's take a look.

Sacrifice is no more

So, Sacrifice has always been a temporary name, after all, it's the name that replaced the odd choice of "Isle of Man" to be something that represented better what little story the game has, and its time will soon end because I have chosen a title! It's a bit weird-sounding and I want to keep it a secret until I get to publish version 0.4, but it's already better by virtue of being certainly less generic than "Sacrifice", so that's fine with me.

Now, this change of identity for the game was part of a massive overhaul of the game itself. Let's take a look!

Some weapons, such as the Wave Gun, used a very basic, static sprite that never fitted how the rest of the items animated. Every item in the game has an 8-frame spinning animation. I'm still experimenting a bit with MagicaVoxel to get the best results, but I like what I've got so far! 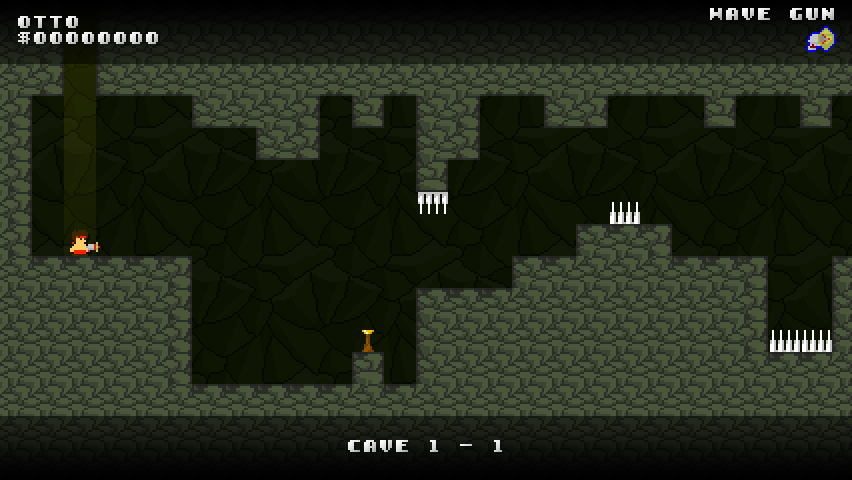 I have no idea why I didn't do this sooner. I just had to redo some levels to readjust to the new screen size and set up some stuff inside the code. The game looks amazing on widescreen, it's so much more playable. It's a huge improvement over 4:3.

Replacing the really, *really* lame placeholder guns, I added two new weapons, the Ancient Staff (pictured above) and one upgrade to your Wave Gun called Ultrasonic Gun. These new weapons, in addition to the older, more basic ones, are really fun to play with. Of course I plan to add more, I just have to come up with fun ideas for weapons so it's always fun to toy around with your arsenal. They are really overpowered, but they're also meant to be somewhat of ultra-rare, really scarce, almost secret items. 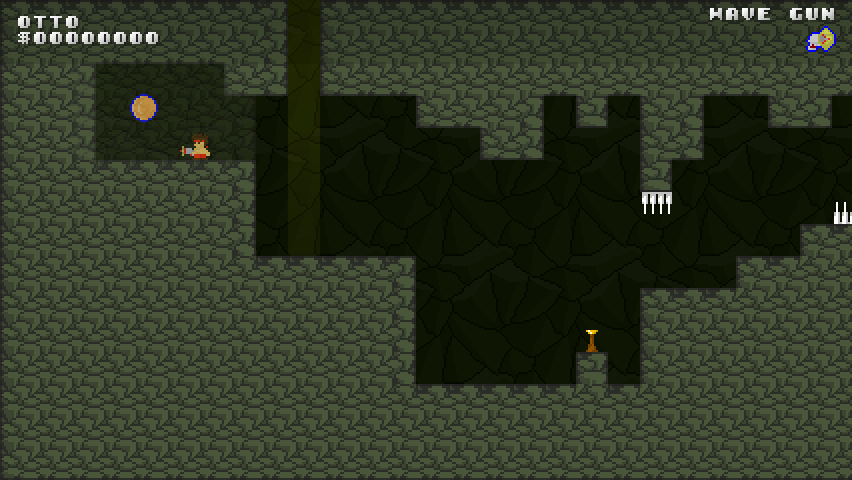 Do you like secrets? I sure hope so, because Sacrifice will be full of 'em! There's fake walls that let you through and let you find cool hidden stuff like items, even more loot and sometimes whole new levels! Of course, the idea is not to overdo them, keep them as cool easter eggs, at least on the Arcade mode, because... 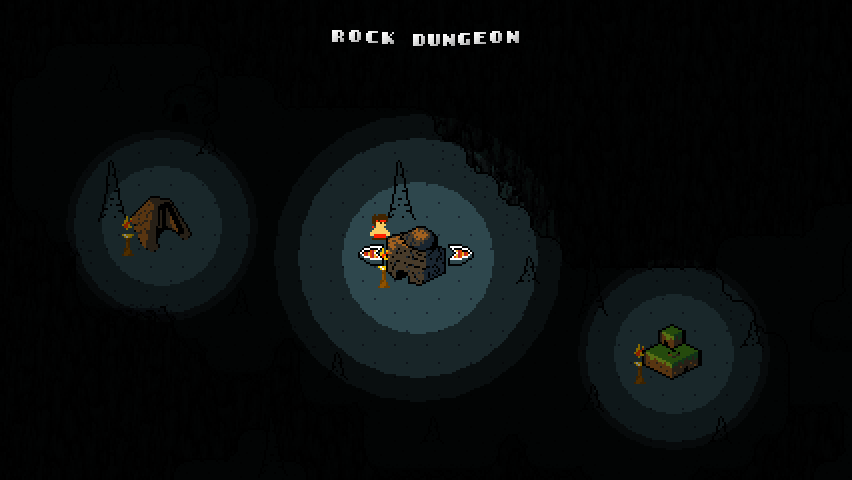 Sacrifice was always planned as a linear, level-after-level experience, however after some suggestions by MarsCat I decided for adding another game mode, where levels are scattered on a play field, there's towns to visit and townsfolk to talk to, ammunition and items to buy, secret treasures to find and unlock new levels you won't be playing on the normal run. 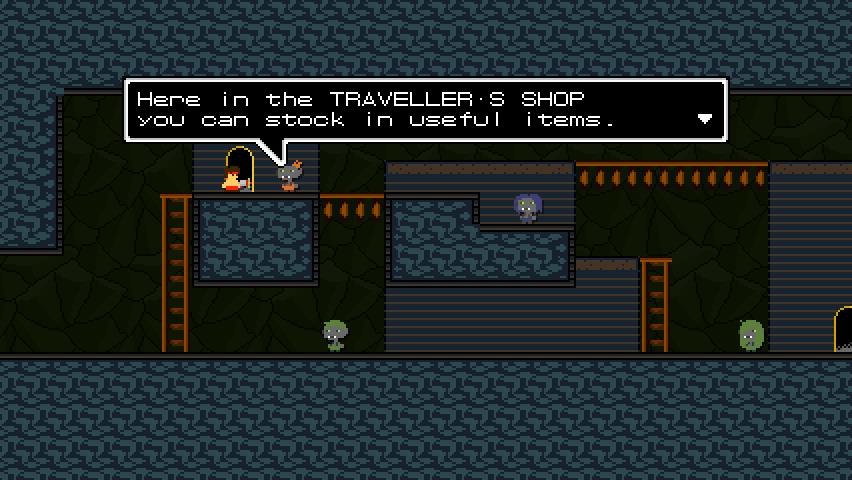 I really hope this new addition to the game gives everyone another enjoyable way of playing it. For that same reason, I added something else.

Right now, Sacrifice is a game where you only pick up keys, loot and weapons, however since the game is growing in scope, I had to add another kind of item: boosters. Basically, they are like weapons, but instead of means of attack, they serve multiple other purposes. In Quest Mode, you have some inventory management to do on a menu to equip, toss or use these items. In arcade mode, however, every booster you pick up automatically equips and replaces whatever you had equipped beforehand, adapting it for a more snappier, faster gameplay.

One example is the Cursed Ring, a booster item that, when used, spawns four sparkles that orbit around you, offering protection against enemies.

There's lots of more stuff I want to show you, but I guess we'll have to wait a bit more!

Thank you for reading and for keeping up with this game. I'm really working hard to finish it. I hope this update does give you an idea for what's coming for the videogame once known as Sacrifice. Please look forward for a release date, and please bring up any feedback about the game you may have!

p.s. I might edit this post once I update the game, changing all references to "Sacrifice" to the game's new name.